Songs With The Word Grass In The Title

As we've recently added artificial grass to our product offerings, we thought we'd have a bit of fun compiling a list of songs with the word grass in the title.

Not in the lyrics as there'd be far too many and although an occasional one may have slipped through, not in the sense of the UK slang for marijuana or someone who tells about the bad deeds of another (also known as a snitch).

What we found was that perhaps not surprisingly, grass is an extremly popular theme in country music, but also in soul, R&B and hip hop, etc..

Note, some songs may have many covers, but we've only included the major ones below.

Do you know of any more? Feel free to add them in the comments below.

Band With The Word Grass In The Title

So which one was our favourite? There's a couple of golden oldies in there, but if we're honest, we hadn't heard of some of them.

So, can we cheat and choose a band with the word grass in the title?

In which case, it would have to be Supergrass, as featured above.

Well, thanks for visiting. And if you do happen to live on the Fylde Coast in England, perhaps give us a call about an artificial lawn.

Soft and comfortable to walk on, just like the real thing, but without the maintenance.

Posted by NorthernCobblestone at 06:42 No comments:

With over 30 years experience in the paving industry, we operate throughout Lancashire and the North West, offering a long lasting quality product that will be the envy of your neighbours.


Take a look below at some examples of our work: 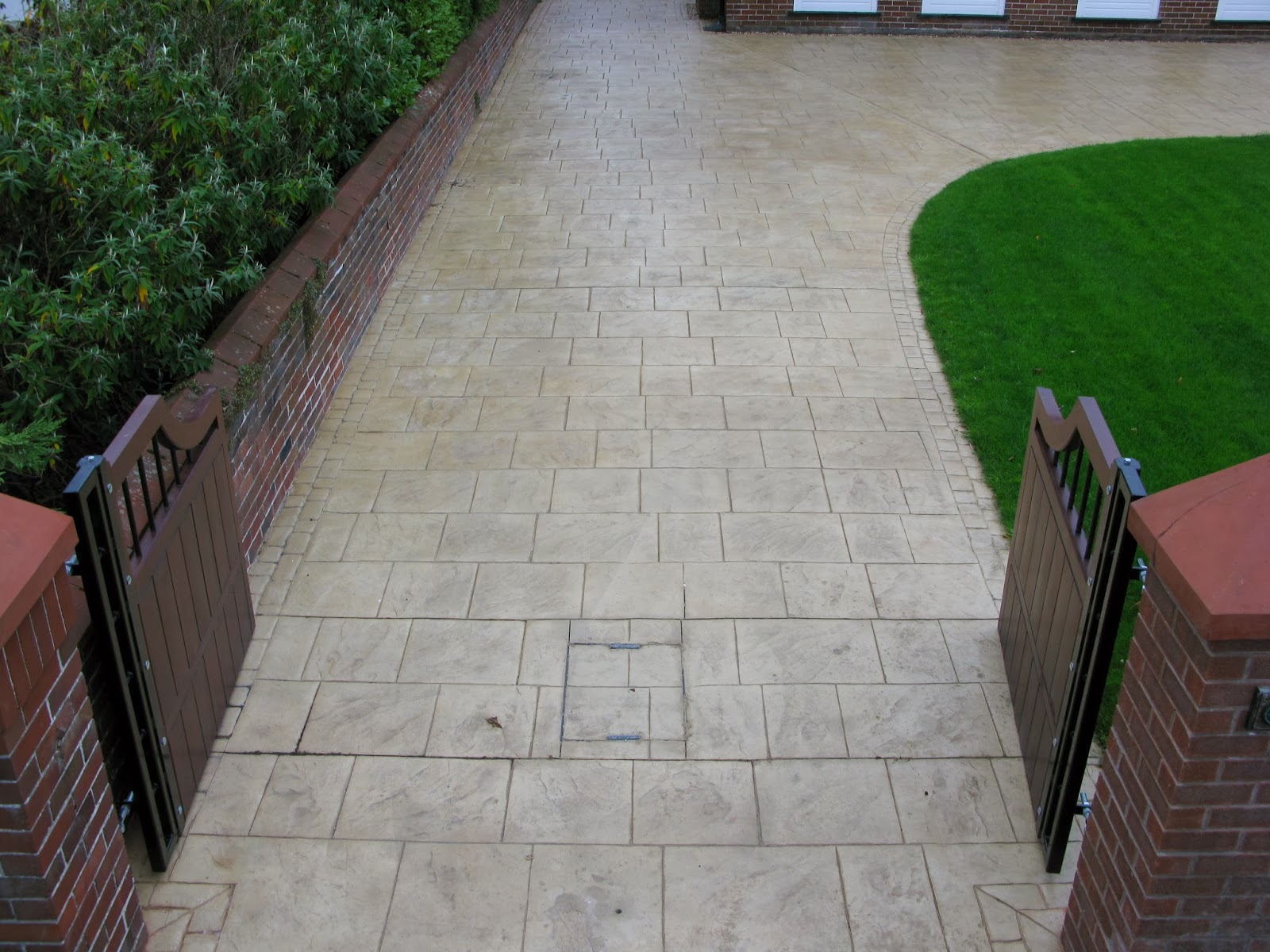 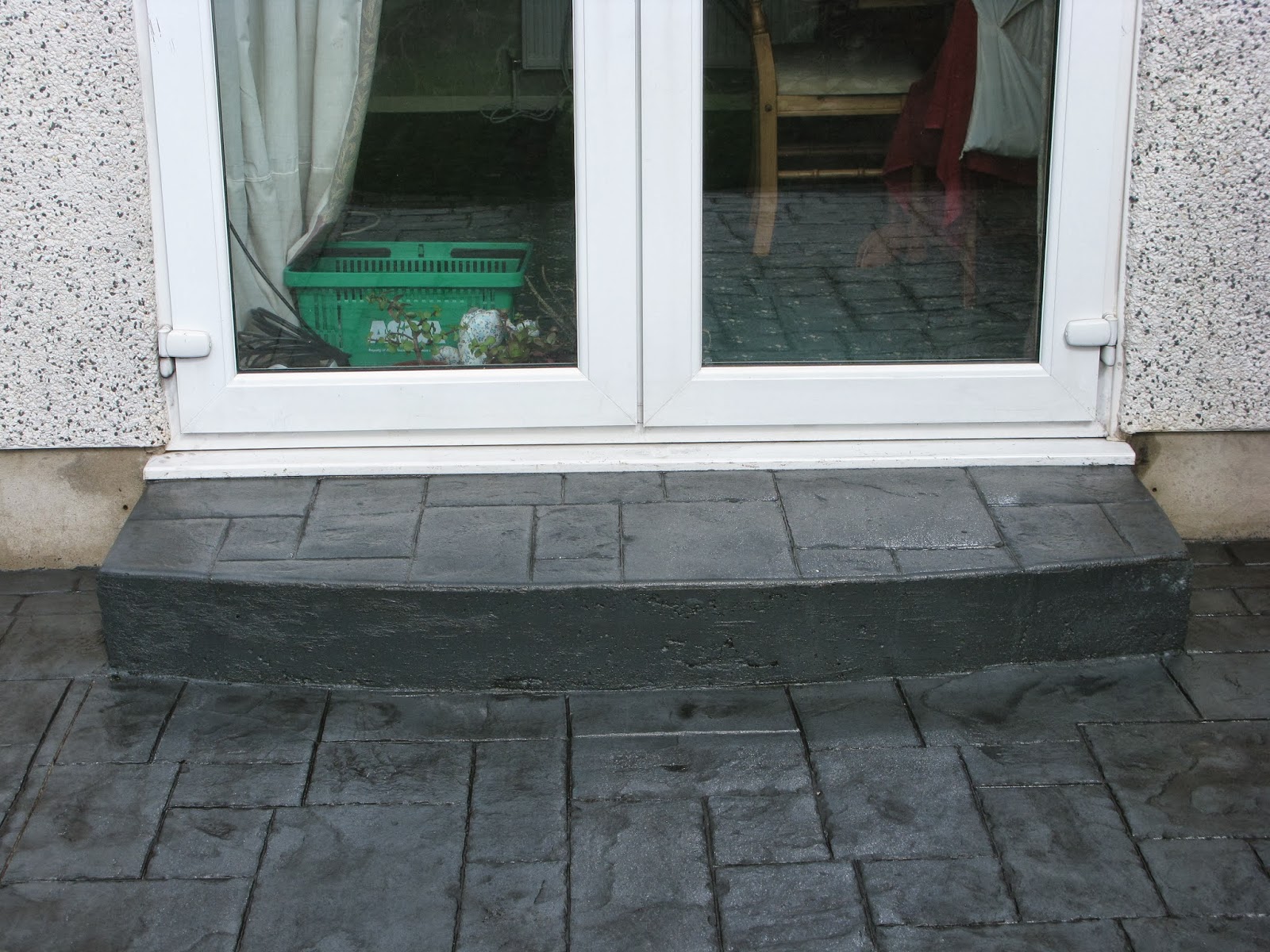 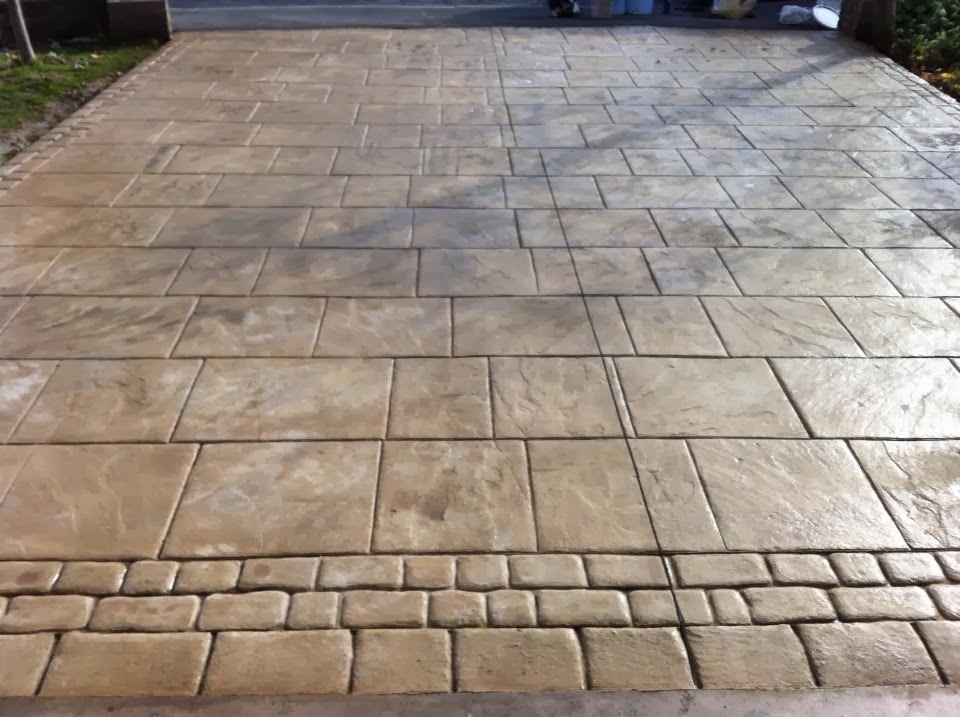 If your driveway, paths or patio could do with a little TLC, why not give Northern Cobblestone a call?


Visit the 'Driveways' page on our main website for more details.
Posted by NorthernCobblestone at 08:15 No comments:

With over 30 years experience in the paving industry, we specialise in the creation of long lasting stamped concrete driveways, patios, paths and more, all finished to a high standard.


Throughout the installation, we will treat your property as though it were our own, removing all leftover materials and debris to leave you with a gleaming end result that will be the envy of your neighbours.

We use high quality materials and genuinely believe in a job well done.


Please take a look at a few examples of driveways we've installed in the area. 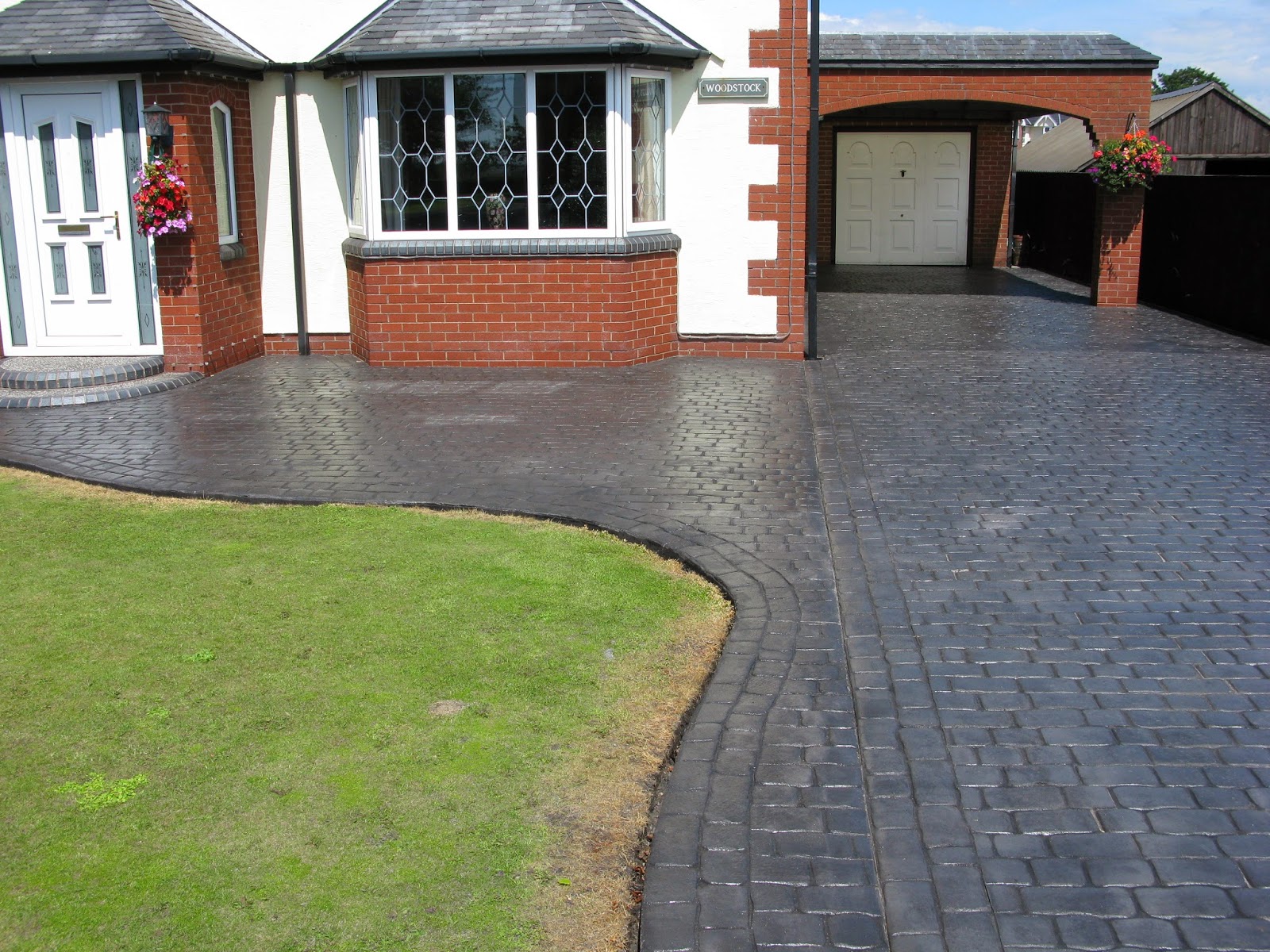 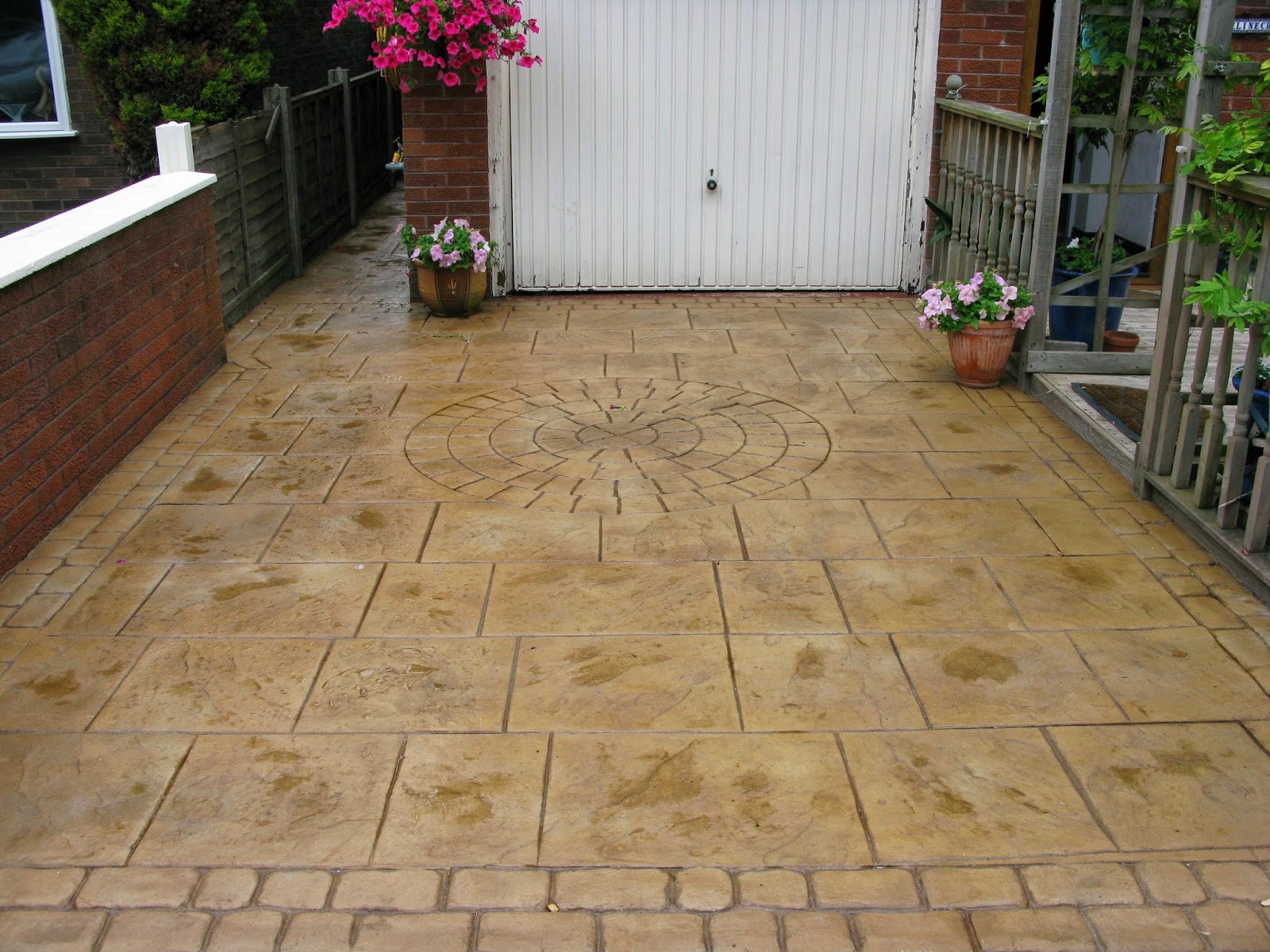 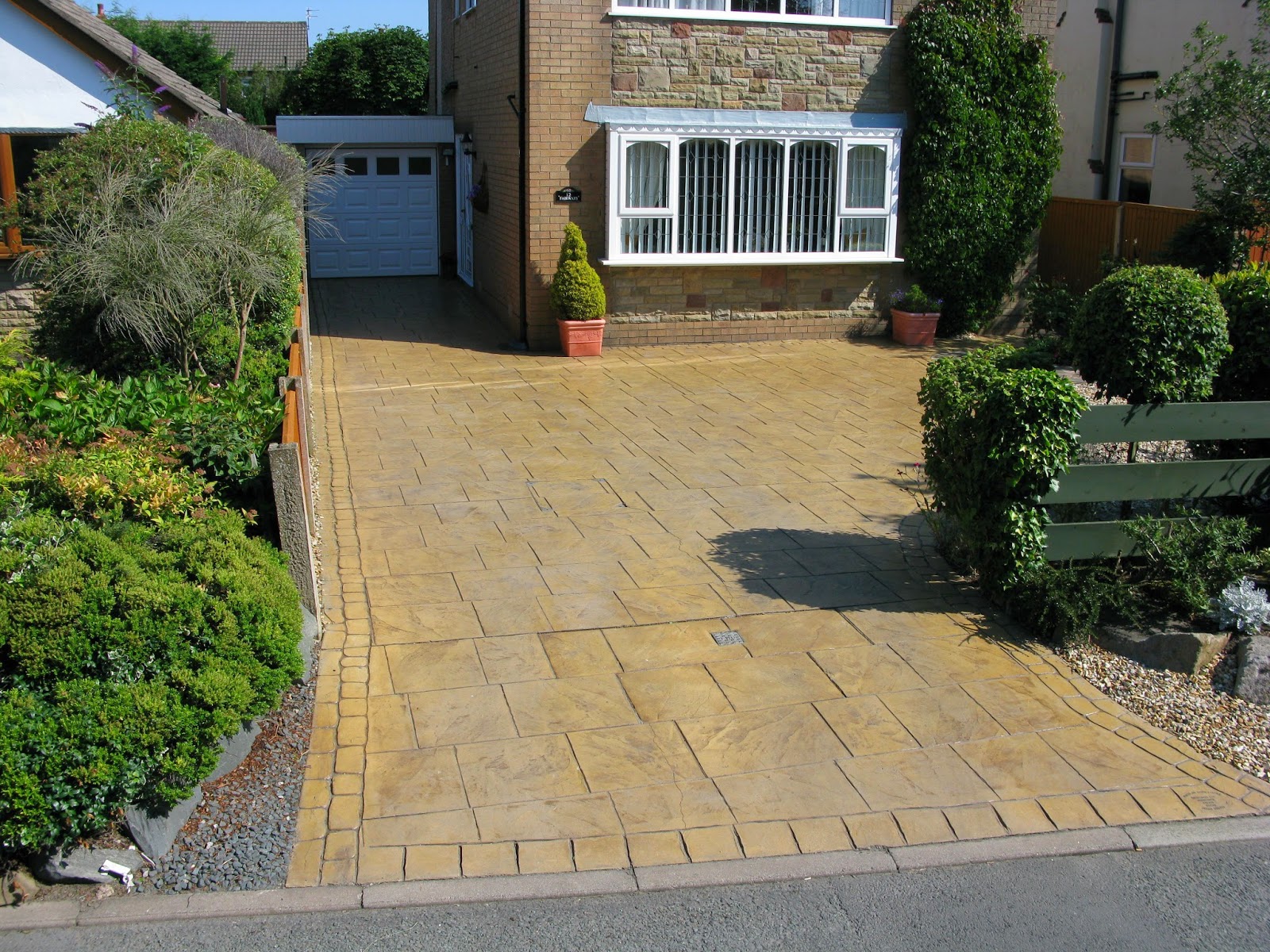 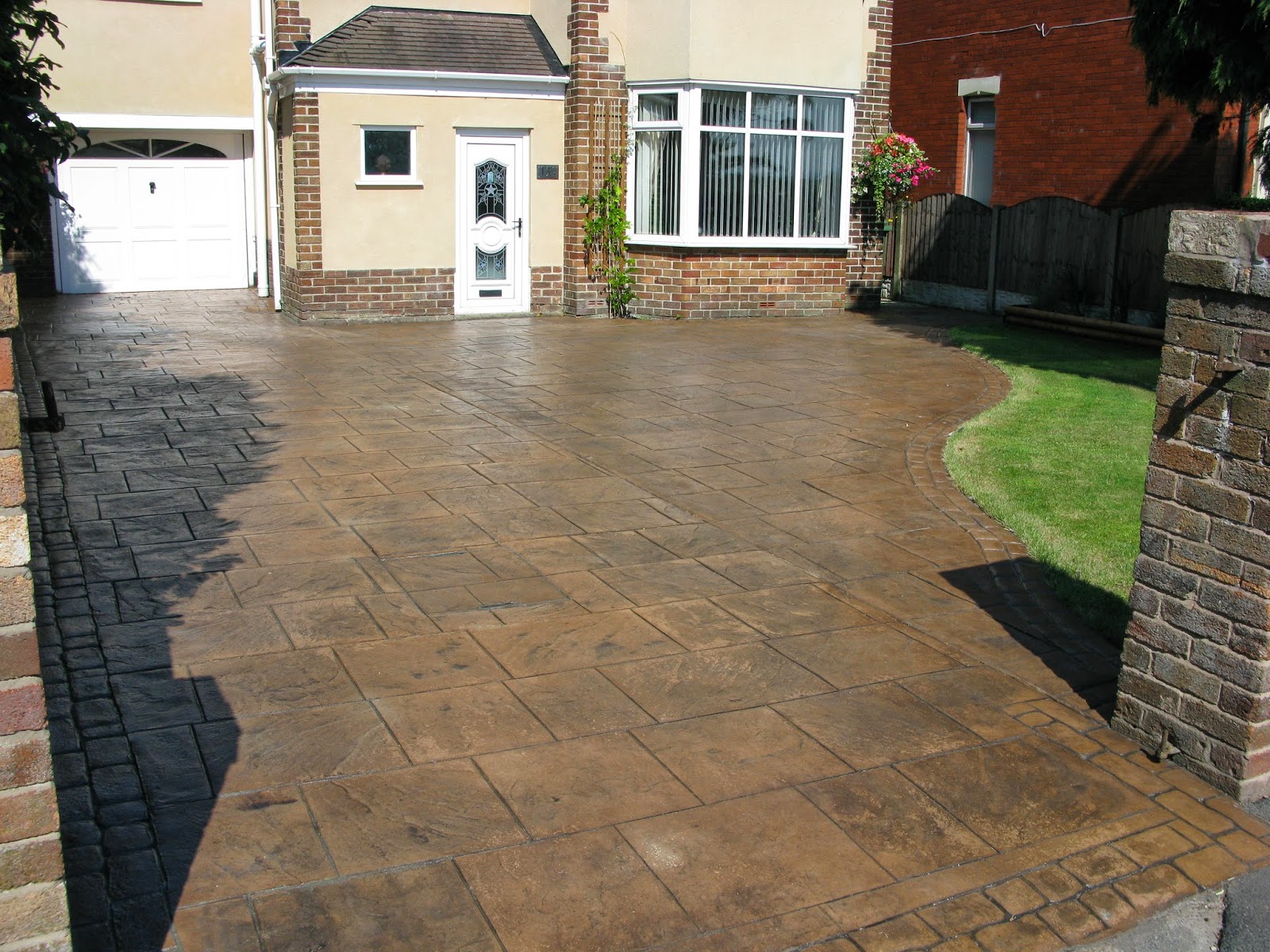 
Finally, if you've also been considering block paving for your project, first take a look at our website to find out why pattern imprinted concrete is a good alternative to block paving and indian stone.
Posted by NorthernCobblestone at 08:14 No comments:


Take a look below for some examples of our driveways, paths and patios: 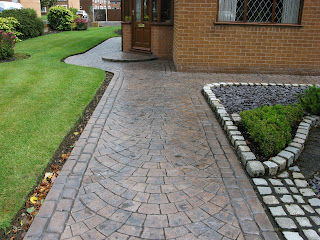 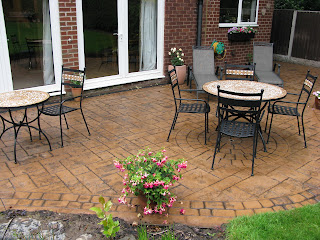 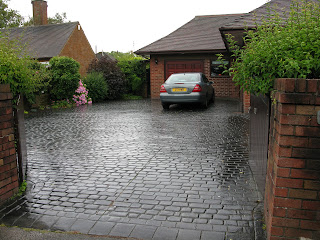 When comparing pattern imprinted concrete and block paving, the former offers a number of benefits such as easy maintenance and durability over time.

So, why not give your home that wow factor with the kind of curb appeal that would make any neighbour green with envy?

Blackpool, Lancashire and the North West

Based in Poulton-le-Fylde, Northern Cobblestone have many satisfied clients throughout Blackpool, Preston, Lancashire and the wider North West.

Posted by NorthernCobblestone at 09:23 No comments:

Sometimes, even we at Northern Cobblestone are surprised at how good pattern imprinted concrete can look and how durable it can be when installed correctly.

The photos below show a driveway installed by us over 12 years ago and recently resealed.


Both our Blackpool customer and ourselves were amazed at how good it looked. Like new after 12 years of use and the weather of the Lancashire coast! 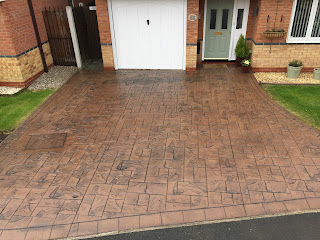 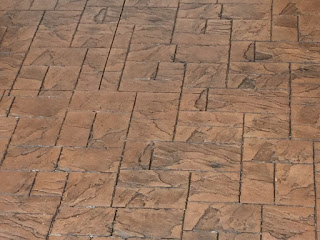 You could easily be forgiven for thinking the above driveway in ashlar slate style was laid yesterday.

And all after a quick resealing.


As with the initial cost of an imprinted driveway, the cost of resealing is a fraction of the cost of resanding and / or resetting block paving or indian stone.

And barring excessively heavy impact damage or extreme localised subsidence, resealing should be the only maintenance a properly laid pattern imprinted driveway, path or patio should need.

Aside from occasionally sweeping and washing it obviously!


If you have a stamped concrete driveway installed by a third party that you're not happy with or that is starting to look tired or worn, we may be able to help.

Call us for a quote in the Blackpool, Preston and Lancaster area for pattern imprinted concrete resealing, restoration and repair.
Posted by NorthernCobblestone at 09:14 No comments:

The world's first ever purpose built motor racing track was Brooklands, near Weybridge in Surrey, England.

Organised racing of vehicles fitted with an internal combustion engine (motor cars) had been taking place from as early as the 1880s, but they were along existing road networks or hastily converted (or not) horse race courses.

In Britain however, there was a strictly imposed 20mph speed limit on the roads, leading Hugh Locke-King to devise and build Brooklands.

Birth of the Motor Racing Circuit


Completed in 1907 at a cost of £16 million at today's prices, the initial intention was to build a simple road circuit.

However, the prospect of achieving ever higher speeds, whilst maintaining the greatest possible safety levels, led to the birth of the motor racing track as we know it.

It was quickly determined that the 2¾ mile pear-shaped circuit at Brooklands would need to be provided with two huge banked sections at nearly 30ft high and an additional finishing straight, thus increasing the total length of the track to 3¼ miles.


The expense of an asphalt track and the complications involved in laying tarmacadam on the high banking made concrete the material of choice.

The construction method for the track surface, which was made up of 10ft wide strips of concrete, involved pouring Portland Cement over a six-inch bed of gravel.

During construction, diverting the River Wey became necessary and this led to another world first, namely the construction of a seven-arch bridge of reinforced concrete to carry the new track across the river.


The first official race was held on the 6th July 1907 and attracted thousands of spectators.

With Britain's 20mph speed limit on all roads, no doubt the thrill of watching cars driven at high speed was very new and it became increasingly popular over the years.

Closed to racing during World War I, it became a centre for the construction, testing and supply of military aeroplanes.

Motor racing resumed in1920 and by 1926 Brooklands became the home of the British Grand Prix.

These two videos provide a fascinating insight into those early days of motorsport.


During World War II, the site was again used for military aircraft production and motor racing ceased for good.

Today, four major sections of the original concrete circuit still survive and there is now a museum telling the history of this unique heritage site.


As the above videos show (especially the reference to flying stones in the second one), over time the track suffered from uneven settlement along its entire length which led to a very bumpy ride.

Racing at speed not only involved steering a safe course round the cracks, but became a battle against the violent vibrations when crossing the increasingly uneven concrete joins.

One thing you can be sure of with an installation from Northern Cobblestone is that there won't be any cracks or subsidence.

All our pattern imprinted concrete driveways are laid on a suitable hardcore base and have fibre-mesh reinforcement, making them 25% harder than standard concrete.

In 2015, it was announced that Brooklands would receive a multi-million pound facelift to include restoration of the finishing straight. Let's hope their techniques have improved over the last century!
Posted by NorthernCobblestone at 08:40 No comments:

If you live in the Preston area and are considering installing or replacing a driveway, garden path or patio this year, why not give Northern Cobblestone a call.

We are specialists in high quality patterned imprinted concrete with over 30 years experience in the paving industry.


There are a wealth of colours and styles to choose from, making it easy to select something that will suit your tastes and greatly enhance the exterior view of your home.


Take a look below at some example driveway installations in Preston, Leyland and Chorley. 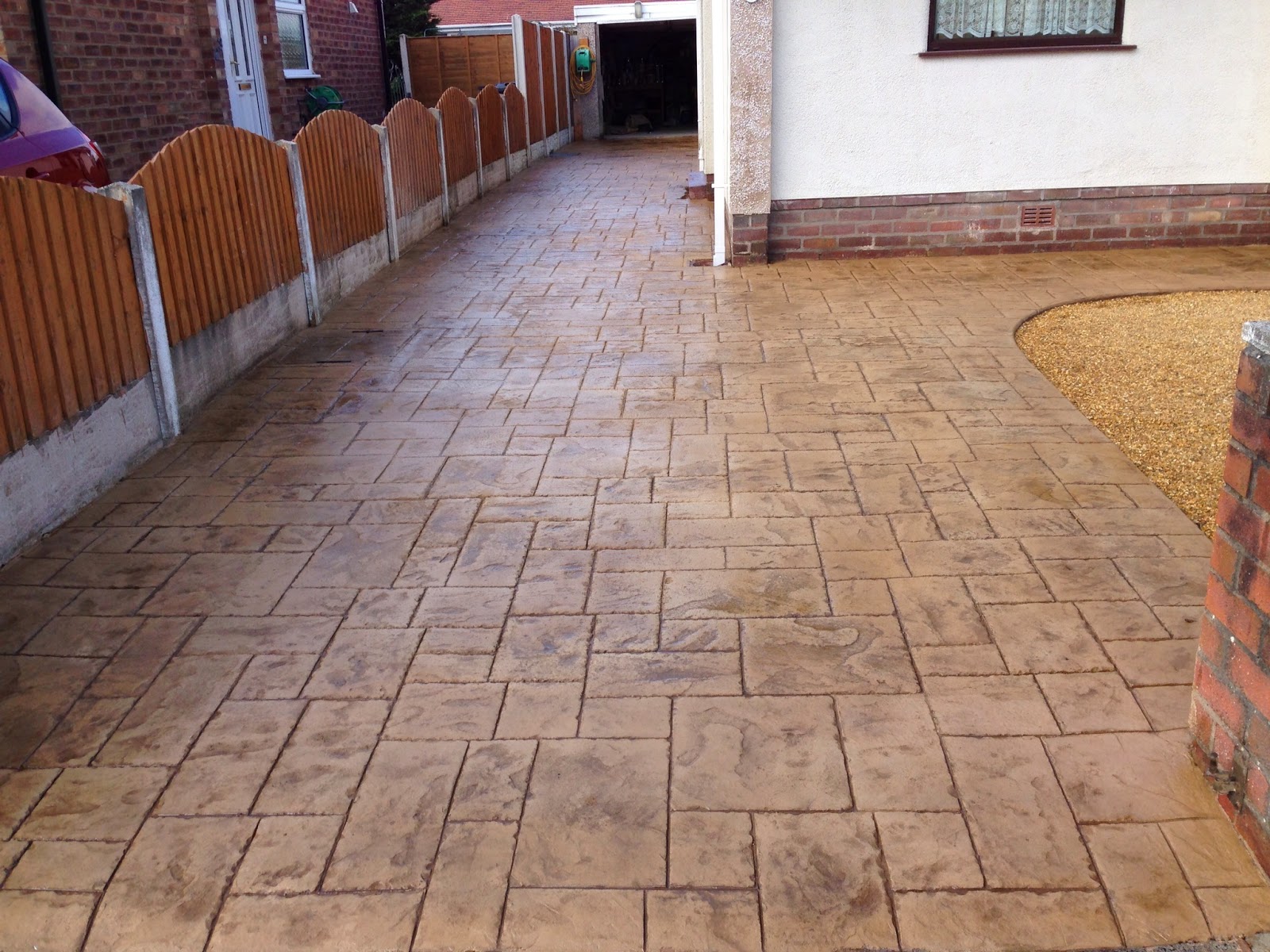 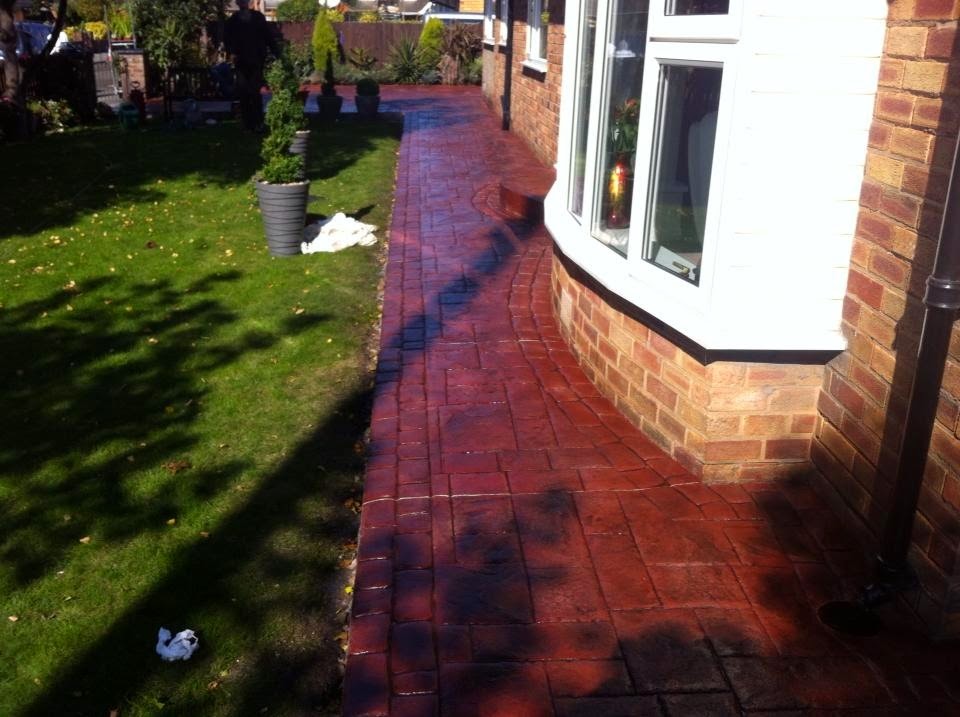 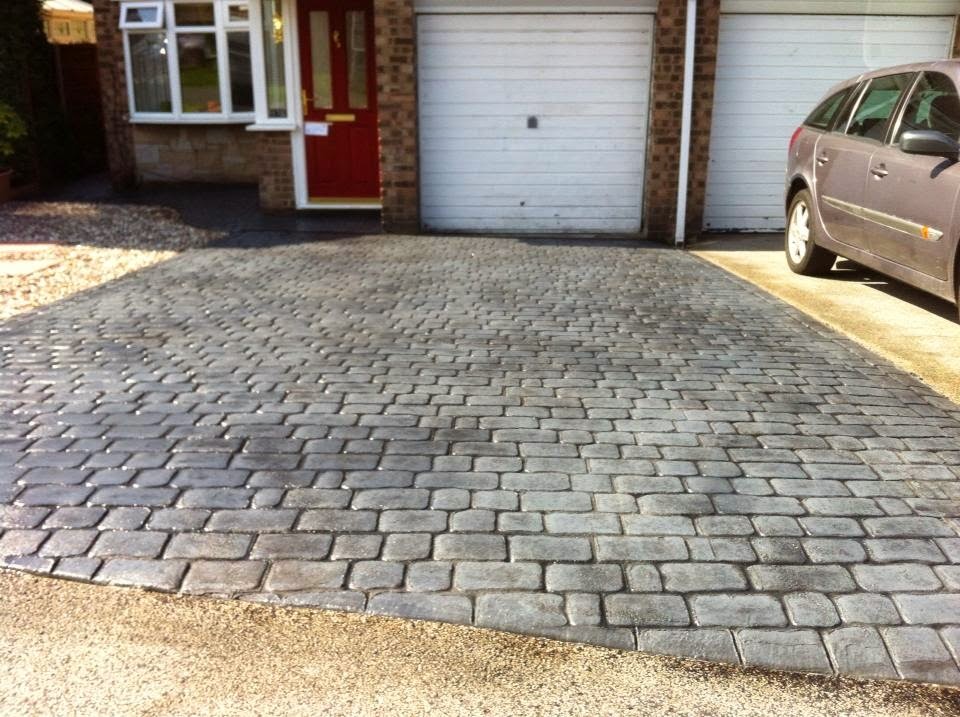 If you like what you see, please get in touch for a free no-obligation site survey and quotation.
Posted by NorthernCobblestone at 05:24 No comments: