Origins of Lead Up The Garden Path 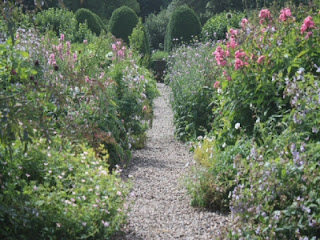 The phrase 'to lead up the garden path' has many variations in use across the English-speaking world. You may be led down the path in Australia, up it in Europe, or lose the word path altogether in the USA.


Of course the phrase means to deceive or mislead, and is thought to originate in pre-twentieth century England, when most village homes had a garden or vegetable plot, complete with trails or pathways.


But why do garden paths have this unfortunate association with deception?

One possible origin is the old practice of villages marrying off their most unattractive women by tricking a groom into marrying a veiled bride, only seeing his new wife after the marriage has been completed. Weddings were often held in gardens, so the groom would literally be led up the garden path. Although the veil is still commonly used now all over the world, it does not always completely hide the bride's face from view.

Alternative theories suggest that the phrase refers to someone being so distracted by the beauty of the garden that they may be easily fooled.

The first known published occurrence of 'lead you up the garden' is in Ethel Mannin's 'Sounding Brass' (1926) where it refers to women leading men 'up the garden' for the purposes of seduction.


Psycholinguists have adopted the term 'garden path sentence' for a sentence that fools the reader by being grammatically correct whilst beginning in such a way that their most likely first interpretation of it will be wrong. For example: "He told the boy the dog bit Bob would look."

The effect is to cause confusion but is mostly confined to written text, as speech patterns and the emphasis of words tend to prevent misunderstanding in verbal communication.

Well, there you go. Now where does the phrase 'lead you a merry dance' come from?
Posted by NorthernCobblestone at 08:41